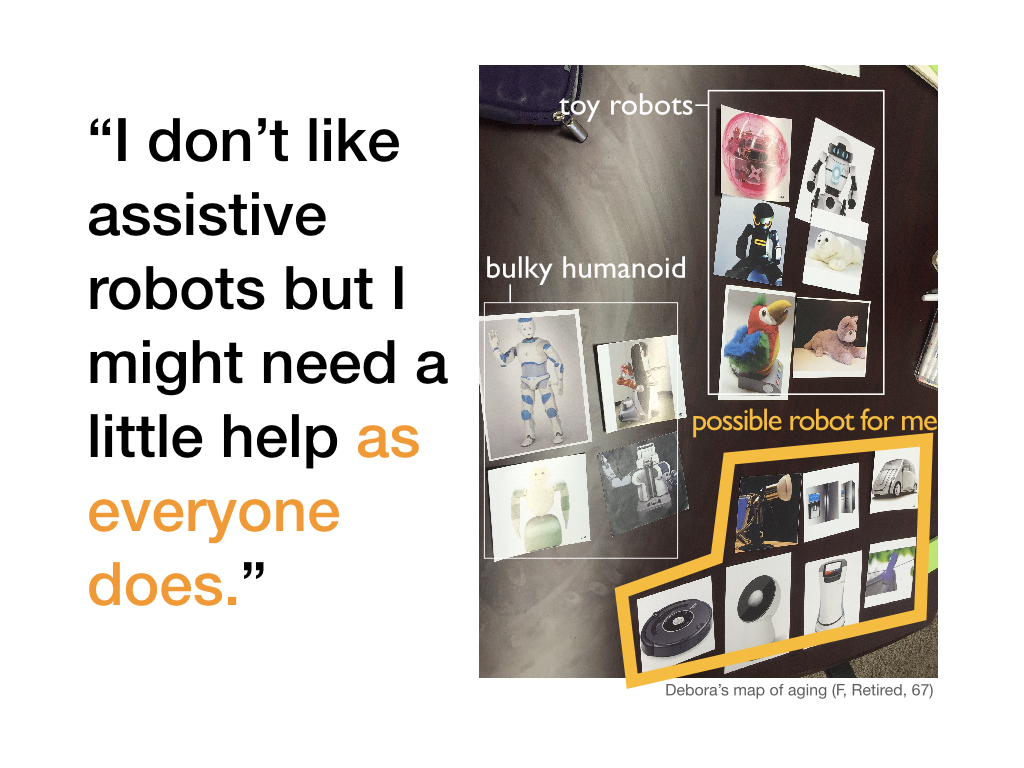 We are living in an exciting time, as people are living longer, active lives. This is reshaping how we think about aging. Rather than viewing aging as a problem to be fixed (i.e., a deficit model of aging), many aging researchers are viewing aging as a developmental stage of life to be celebrated and supported, i.e., “Successful Aging”. In this paper, we embrace this approach and consider it in the context of assistive robot design, in an aim to steer the conversation away from deficit models that have limited robot design possibilities. To explore an alternative design approach to the study of aging in HRI, we invited five aging researchers (three geriatricians, one gerontologist, and one epidemiologist), and nine older adults to participate in our research. In the study, participants illustrated their interpretations of aging and suggested potential assistive robots. We found that while all participants perceived the importance of potential disabilities due to aging, they considered potential disabilities as only one aspect of the experience of aging. They highlighted other key themes to consider in designing robots to support successful aging such as older adults’ autonomy and resilience. We discuss these findings for the HRI community and call for “robots for successful aging.”